Terraforming is the act of changing the planet classification of a

planet in order to make it more

habitable for the empire’s species. The base technologies requires significant

The first time a planet is terraformed, there’s a chance of triggering a terraforming event. Terraformed planets can’t get colony events.

Terraforming is started via a button in Planet Detail view. The world must be surveyed and within your borders. Only habitable worlds and

barren worlds that have the rare

Terraforming Candidate modifier can be terraformed. The expansion planner screen can be used to find these rare candidates.

Happiness penalty on the planet for the duration of the procedure.

Ecumenopolis worlds are created via

decisions rather than terraforming. They must be inhabited but pops do not suffer a happiness penalty during the process.

planet modifiers are always removed when terraforming a planet:

If the planet is being terraformed into either a

If the planet is terraformed into a Machine World, the

Paradise Made modifier is also removed. Additionally, if there are any

Pops on the planet without the

Machine traits, they’re all killed and an

When and if terraforming a planet to Hive or Machine World, keep in mind that all planetary features, excluding a few rare ones that give access to rare resources, will always be removed.

speed can be affected by the following:

My Name is Lloyd and I’ll be your host for tonight. I am a concept artist working on Stellaris and for this dev diary I’m going to give you a look at how the art team brings an asset to life. Specifically I want to focus on the Salvagers station from the Overlord expansion.

The first step is visdev, which is short for visual development. It’s where we throw ideas at the wall and see what sticks. At this stage everyone is welcome to contribute, and ideas are often borrowed and expanded upon by other artists. 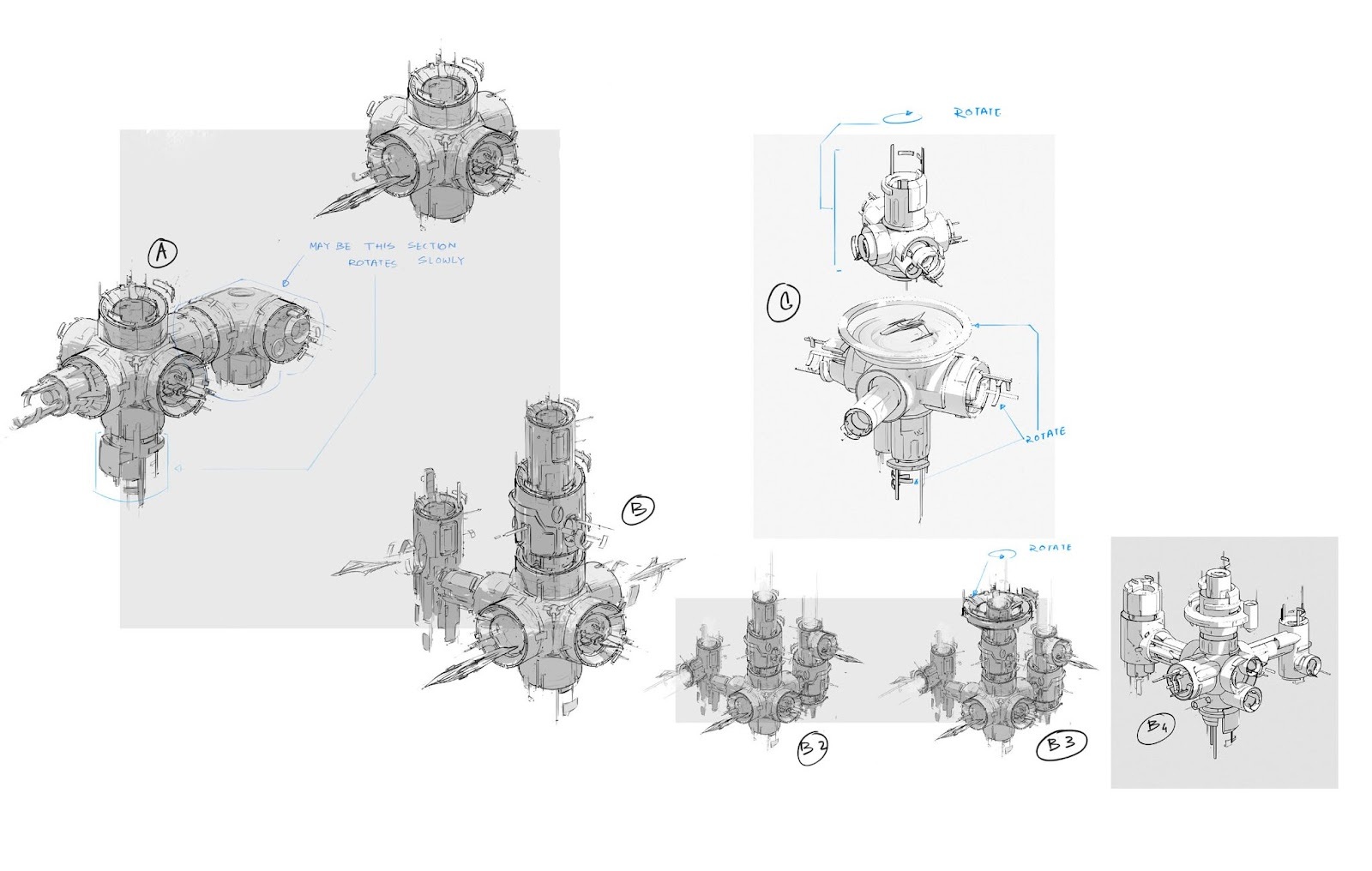 Avishek Banerjee, a concept artist on the team made this piece showing a station that consisted of several circular openings that served as tear-down bays for ships. This is an idea that was borrowed by me and integrated into the final design of the station. 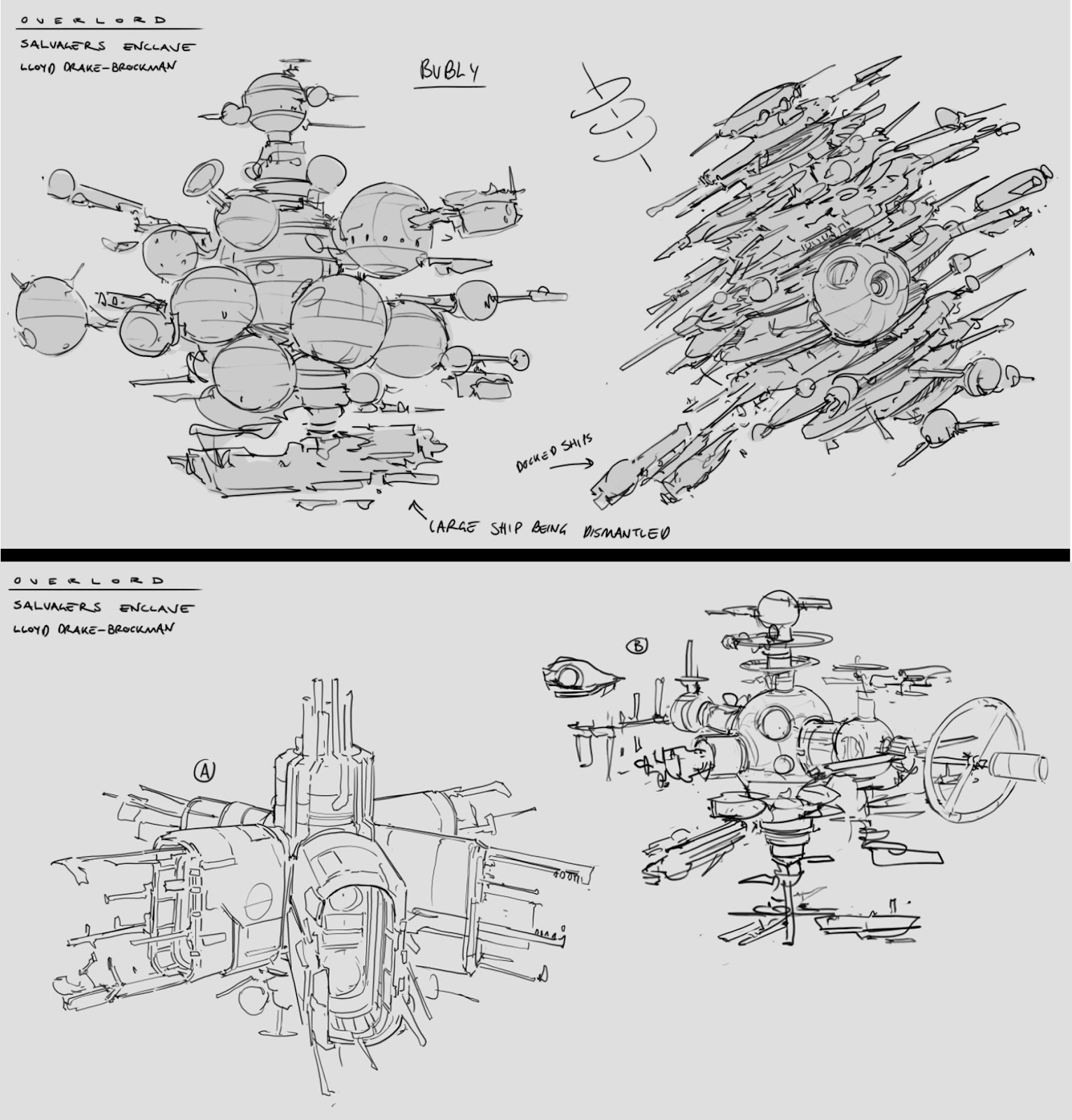 Here you can see some of my early sketches for the Salvagers station. My thinking was to create something that looked like some kind of hive, an industrial place that was hap-hazard but didn’t look too unfriendly. 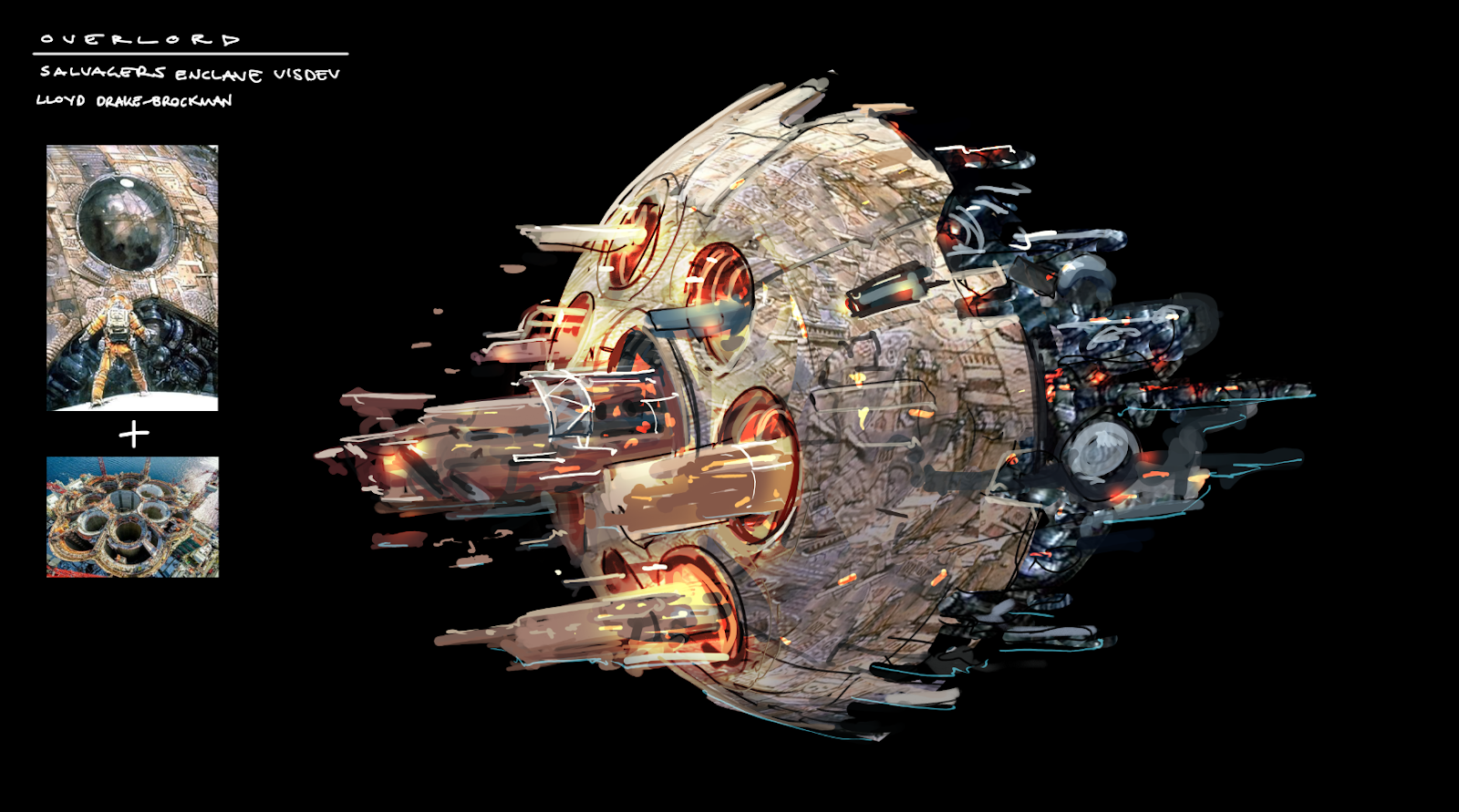 (Early concept of the Salvagers station)

When I painted this sketch of the station we decided that this was the way forward, and from that point I was assigned to develop the sketch into a full concept. Although it looks quite different to the final, the shape language and some of the texture ideas are already present in this early version. 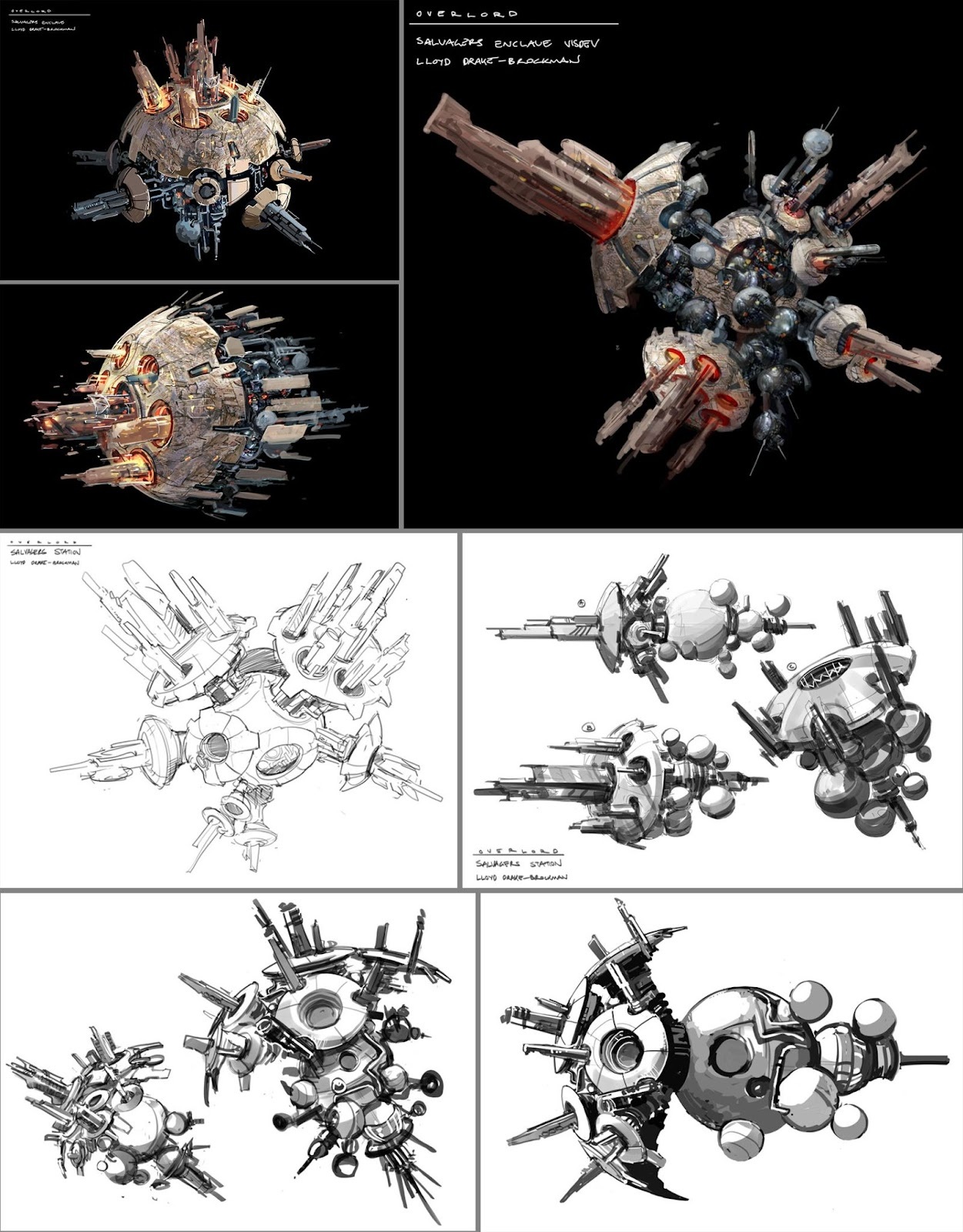 I spent some time exploring alternate shapes for the station. Most were scrapped, but that’s part of the job of a concept artist. The whole time I wanted to keep the lotus-pod aesthetic of the big dome in the original sketch. I also wanted the station to have some kind of long-axis; that way I could give the station a strong shape, and it wouldn’t just be a big blob of parts. It’s important to note that for each iteration the whole art team is giving their feedback and occasionally contributing their own sketches. Every stage of this process is a collaborative effort. 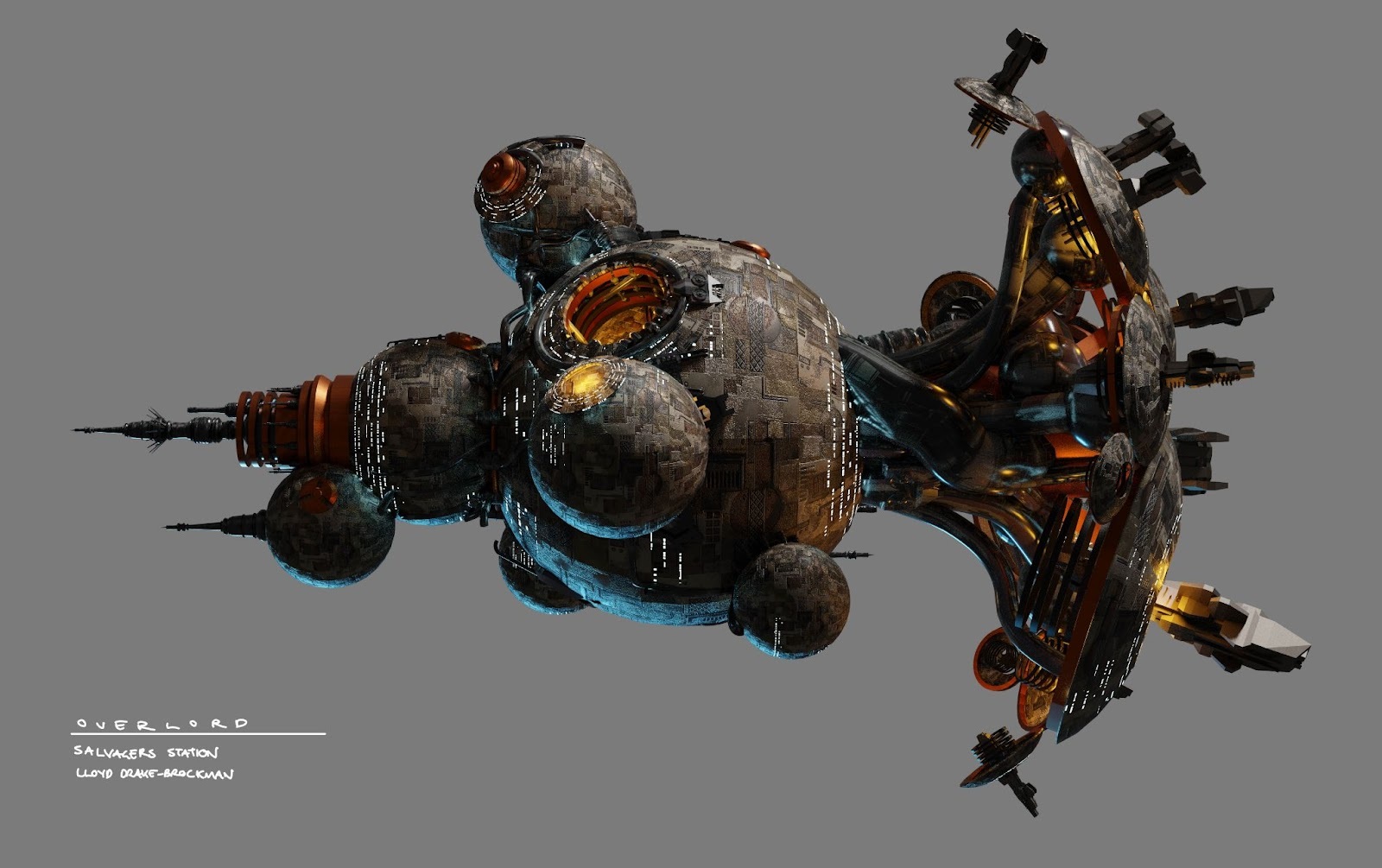 [/img[i]](Early 3D concept of the Salvagers station)[/i]
As the design got closer to the final, the changes were more subtle. I chose to model the station in Blender so I could more accurately present the complex curves and intricate details. To be clear, this is not the 3D model that goes into the game. It’s terribly un-optimized, and it has enough geometry issues to make a 3D artist cry, but it’s good enough to give an impression of what the final result will be. 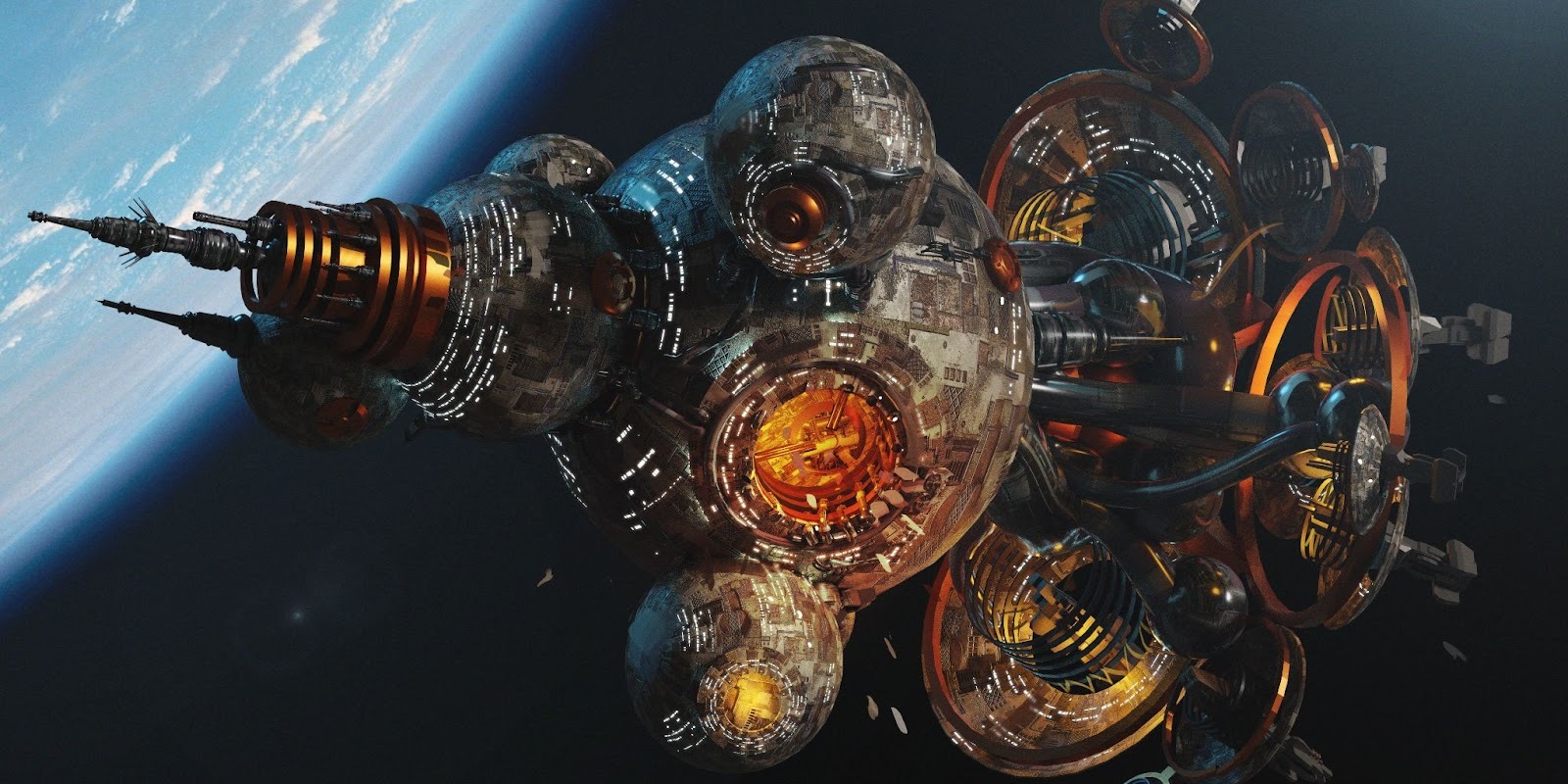 (Early render of the Salvagers station)

Here’s a beauty render of an early version of the station: 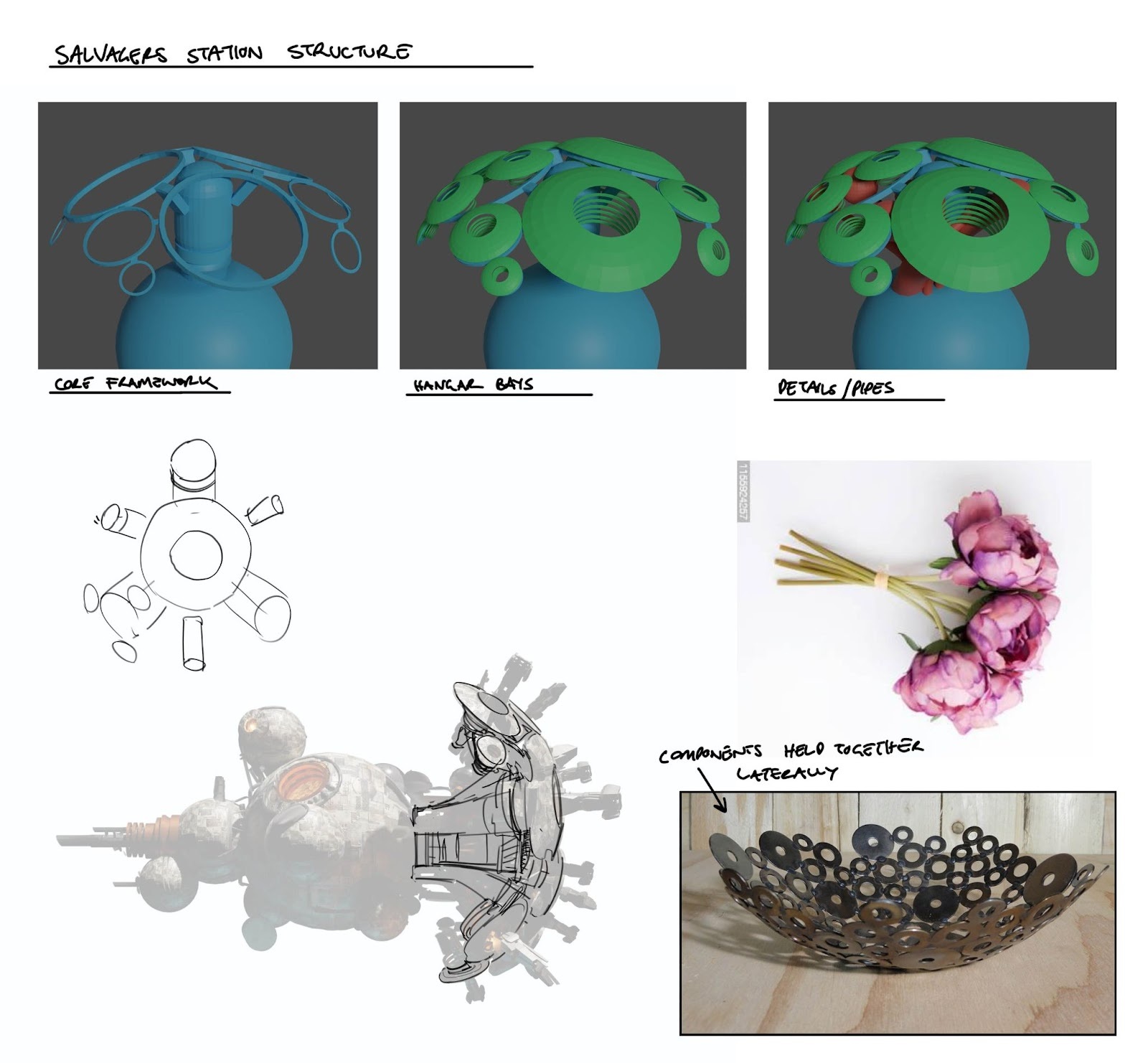 [/img[i]](Construction notes for the Salvagers station)[/i]
While it is fun to do beauty renders, the primary goal of the concept phase is to clearly convey ideas. So the final images that I pass along are quite simply presented, with a focus on clarity and structure. 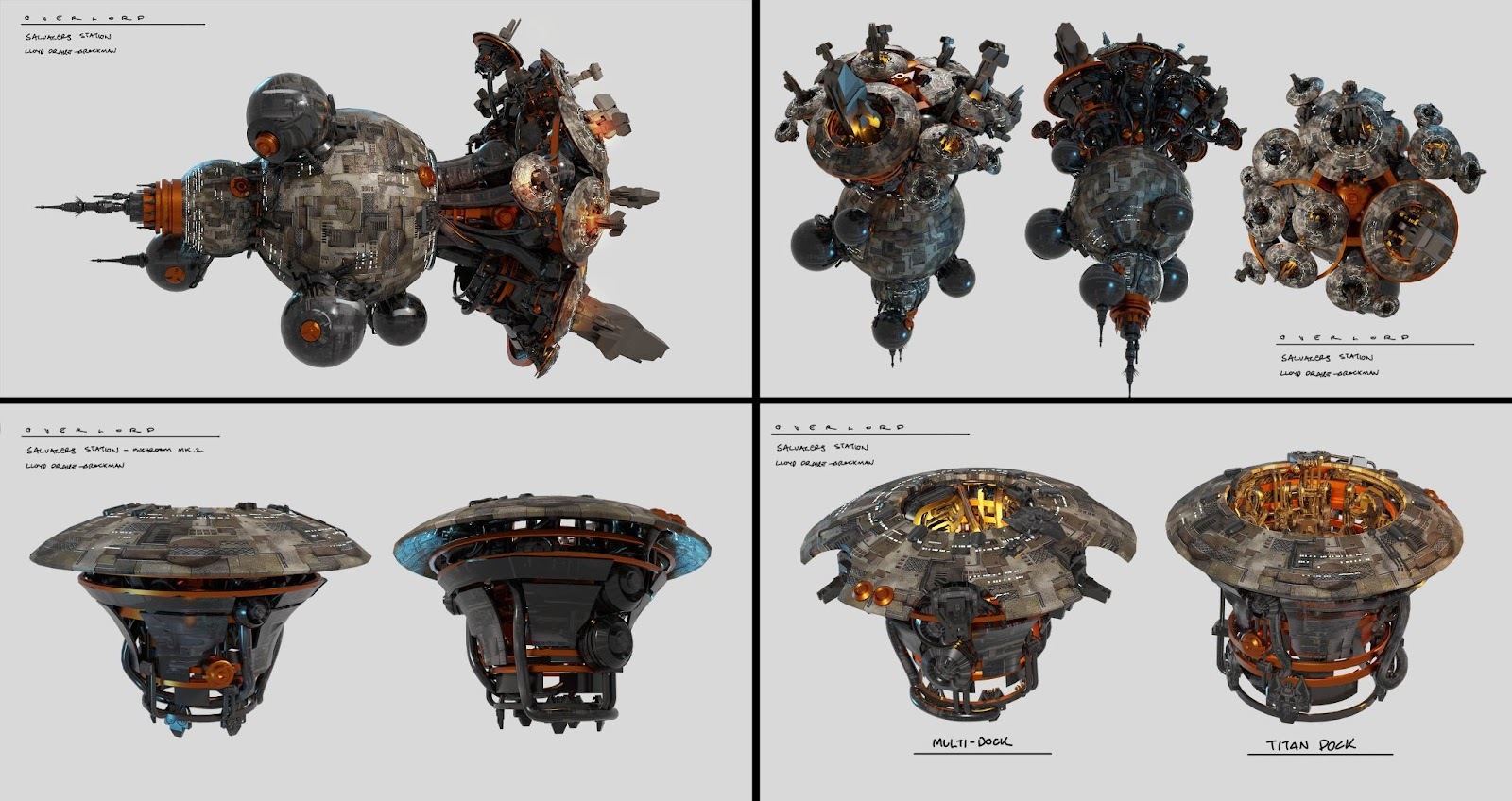 (Final concept for the Salvagers station)

Here’s the final concept, complete with a couple of break-out drawings that show some of the details in greater clarity. At this point I hand you over to Tim Wiberg who will take you through the 3D art process of creating the station.

Hello! My name is Tim Wiberg and I am a 3D artist for Stellaris, where I got the chance to work on the Salvager station for the Overlord expansion.

I am going to highlight the process of the in-game models and textures for the station.

I started off by blocking out the model based on the awesome concept made by Lloyd.

It was important to get a good sense of scale right from the start because we wanted to incorporate existing ships into the station. So I picked different ship types from different Phenotypes that could be in the “back-slots” of the station as a good reference. I quickly exported it to the game just to see if the scale made sense. 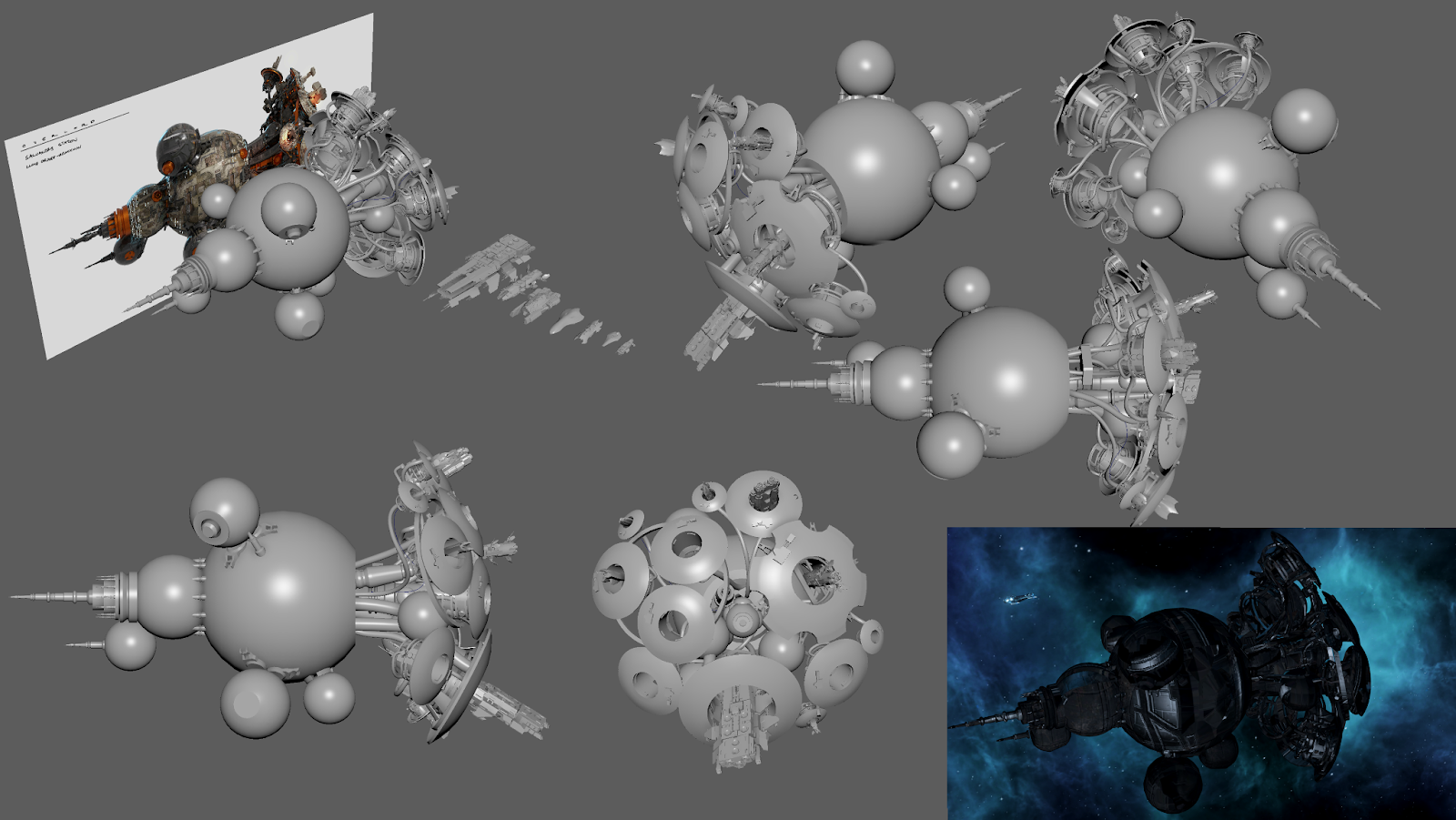 (The blockout model in Maya and ingame)

When the blockout was set I started working on the highpoly model. One of the reasons why we do highpoly models is that we can include all the cool details from the concept but still have an optimized model for it when baking it onto the lowpoly model. In this case I didn’t have to add that much detail since I knew that the textures later on would do most of the job.After the highpoly was done I made a simpler version of the station that details from the highpoly can be transferred to. Then it was time to UV map the model.

A lot of the ships in Stellaris are usually symmetrical, to save texture space. This station was not very symmetrical so I put some more time into coming up with solutions to get the highest possible quality with smaller textures.

I used the texturing software Adobe Painter to bake in the details from the highpoly model. Then it was time for me to work on the actual plating materials for the model.

We wanted to have a “scrappy” feel to the whole station, so I used Adobe Designer to create the main plating material. I used small, medium and large shapes for the plating to get a more interesting look. 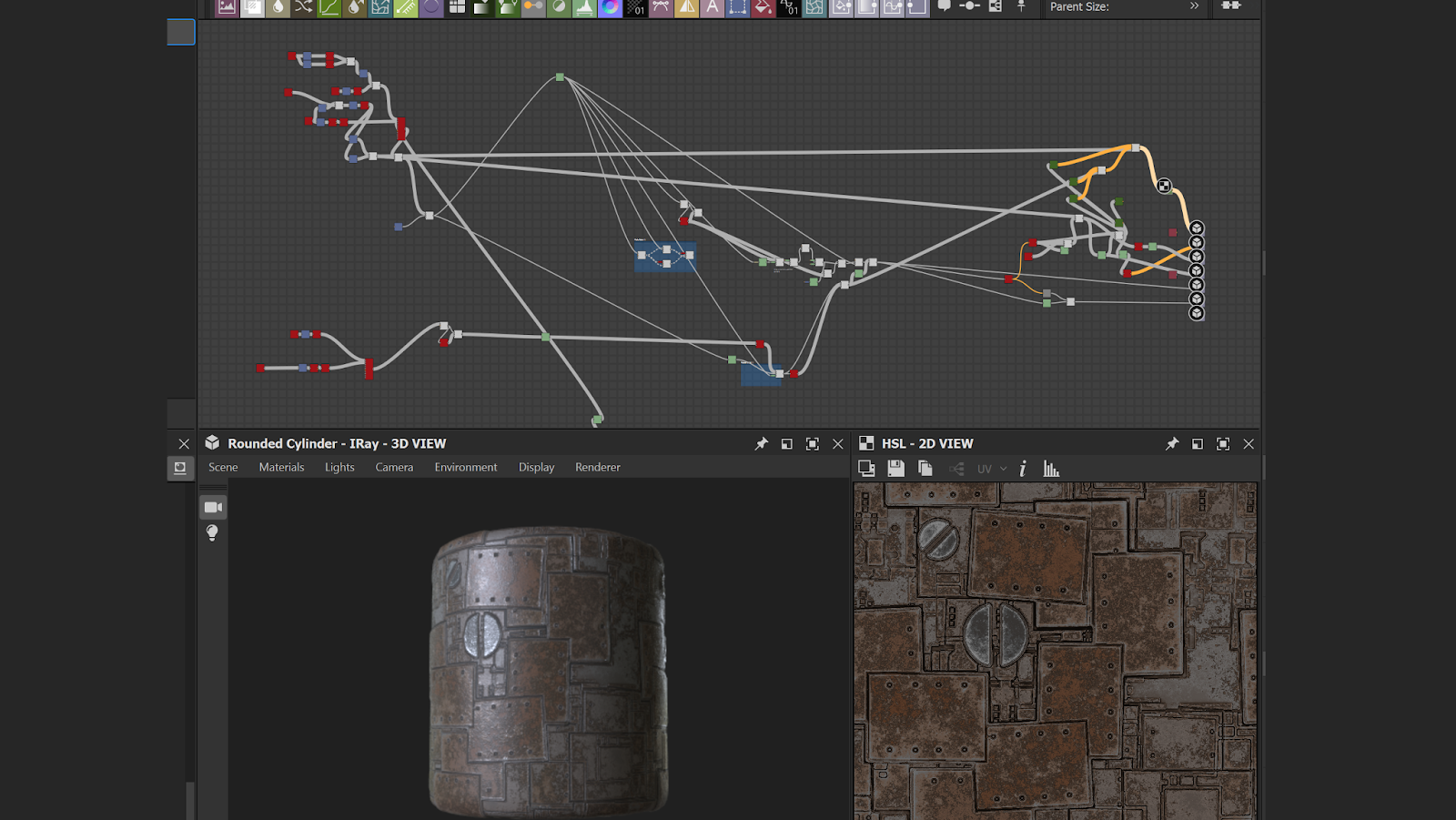 This process was a bit iterative, but when I was happy with the materials I jumped back to do the texturing on the model. I used the same texture with a different diffuse and roughness for the darker “secondary” plating parts. Then I could add all the details suchs as lights, windows etc.

When the final modeling and texturing was done I could quickly create a destroyed version of the Salvager station. I used the same model, but I moved, bent and cut some parts to really get that feeling of it being destroyed. For the material I used the same plating textures, but I darkened the base color, changed roughness values and removed the emissive lights so it could have that destroyed look. 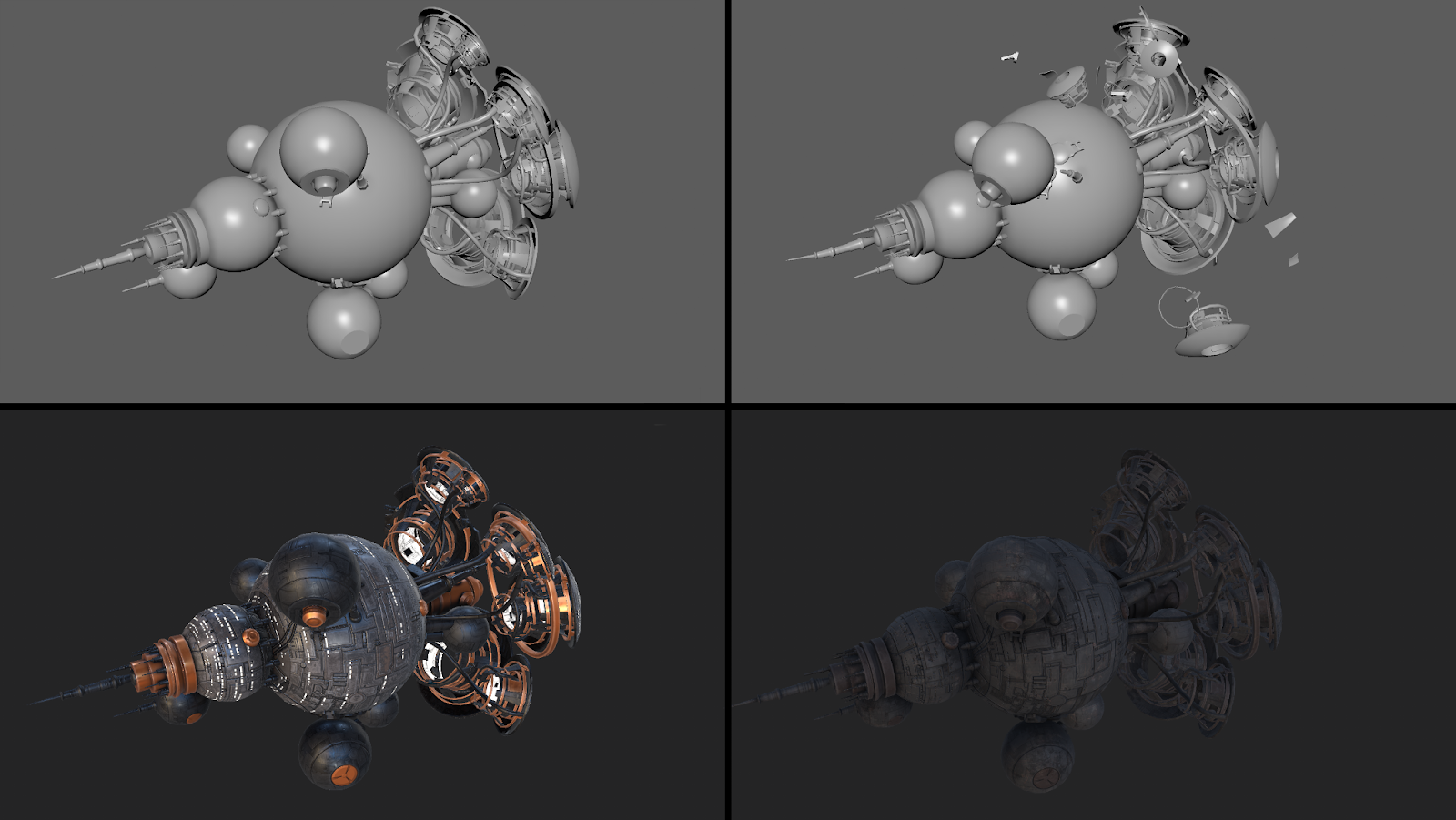 (Models and textures for the Salvager station)

I needed to come up with a good solution regarding the ships that were going to be attached in the back of the station. So I attached locators on the model and added the existing ship models in code, and therefore they spawn at the same time the Salvager station spawns in. 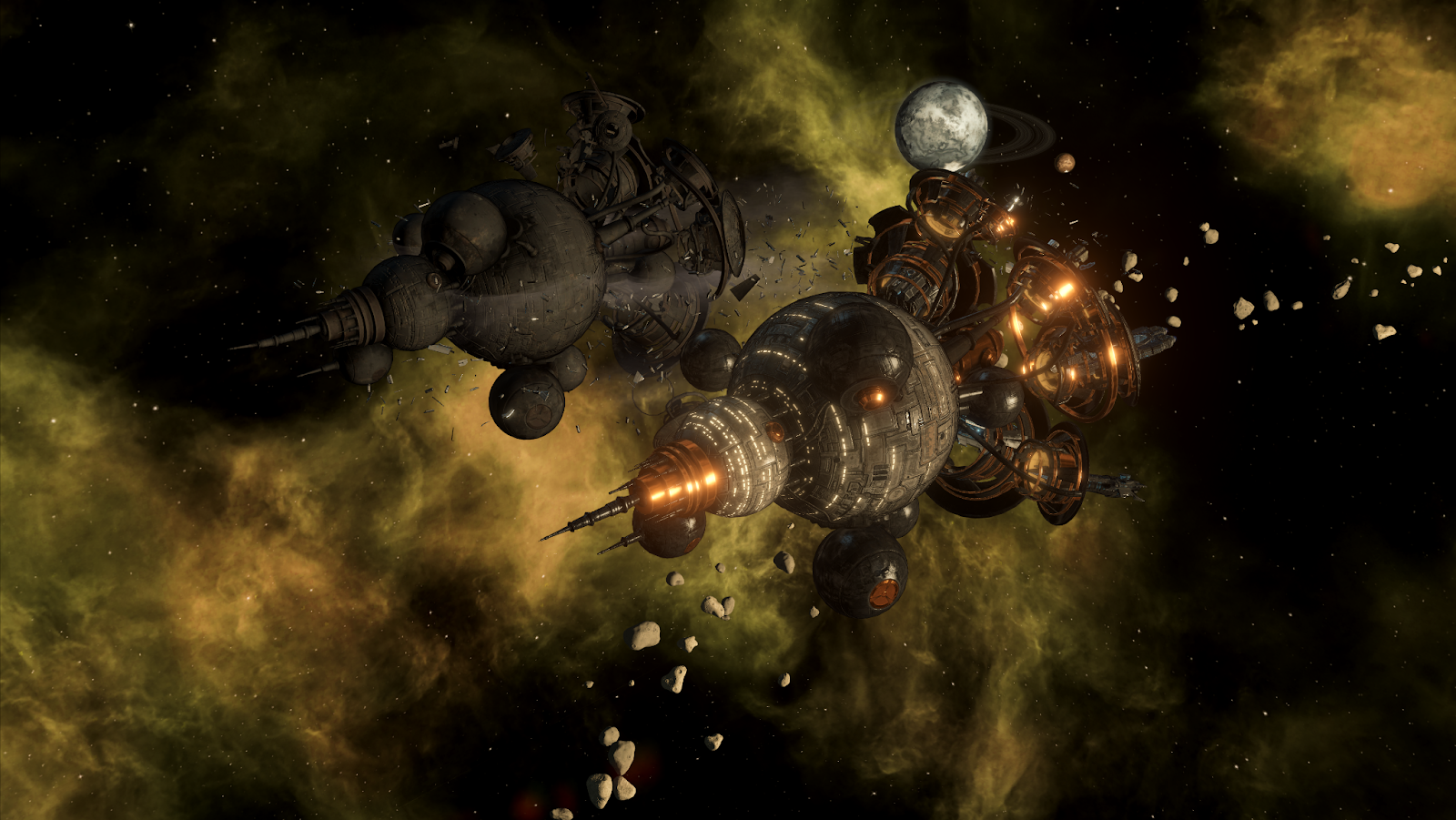 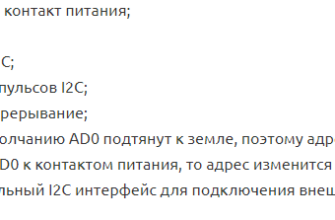 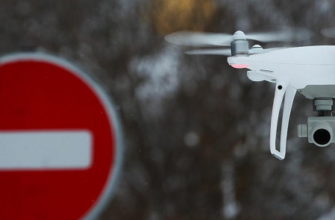 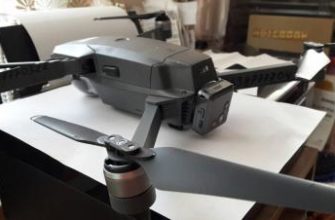 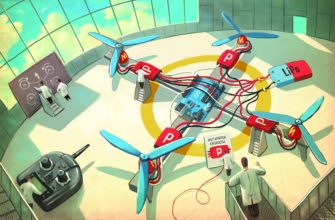 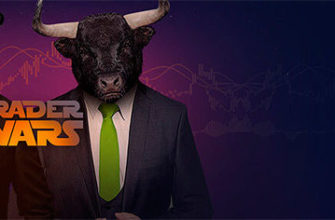 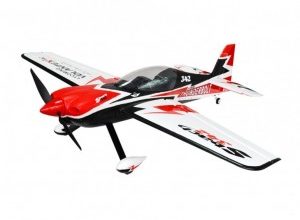 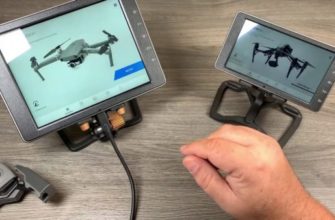